I somehow managed to watch this in two parts and watched The Hitman’s Bodyguard between the two sittings. This did confuse things, especially as both have a section of the film in Amsterdam.

Mila Kunis and Kate McKinnon star as a pair of women inadvertently swept into a plot to steal top secret information. The two leads are easily the best thing about this film. They have great chemistry, they work and bounce off each other brilliantly. With different leads I probably wouldn’t have enjoyed it as much. 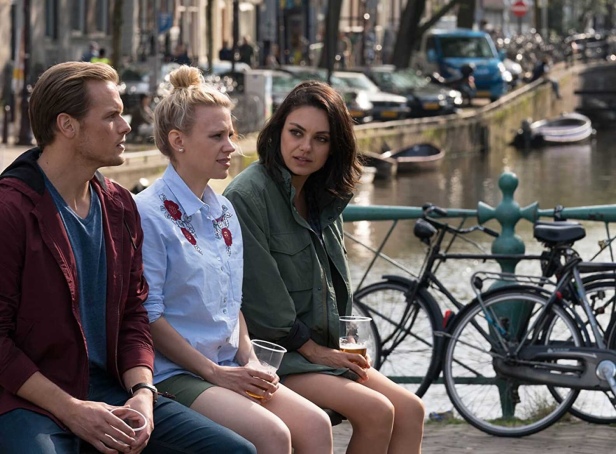 To be fair, the plot is not really that great. It’s a bit stupid and the characters seem to go from dead end job nobody’s, to super spy with no real problem. You know what, it doesn’t really matter though. It’s funny and enjoyable, you don’t need to think too much (which would be preferable here), and it’s a great way to spend two hours in front of a screen.