On my trip to Amsterdam I visited the Eye Film Museum. A stunning building inspired by the shape of a shark. 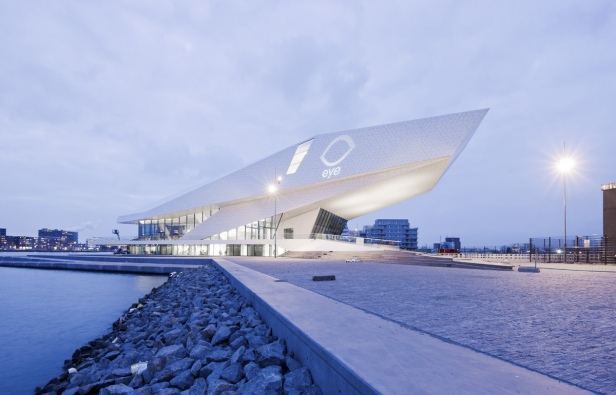 That’s not my picture, but it was the best to show the similarities to a shark.

In the museum they have a full on history of film and how film has been shown. From the old spinning zoetrope, to the most up to date methods.

Also, around the building are some of the most lovely film posters. I could of sat staring at them all day.

They also had a row of alternative posters. This needs a bit of zooming to see them all.

In with the permanent exhibition they also have film booths that have films and clips, plus a quiz (which I won), flickbooks, a 360deg room, and the most amazing green screen where you can become a star in your very own film. Here’s mine.

Along with all this is an amazing shop, restaurant, a cinema, and a temporary exhibition. The exhibition is currently called ‘The Tale Of Hidden Histories,’ which is amazing and very hard hitting.

So next time you go to Amsterdam, I would highly recommend a visit to the Eye Film Museum.