Drew Barrymore gets the ‘Top ? performances’ treatment this week. Someone for me, who has always been around, but then she is only eight years older than me.

She is another one who I have missed a lot of her films in the last ten years. I really need to pull my finger out. But what I have ranked are some great films.

Well I say great films. This film is awful, but Drew is such a talented actress that she lifts the film.

I don’t think she wears any more clothes than this. This is a terrible Batman film, but I don’t think you can blame Drew.

Is this the best Wayne’s World Film? Well it’s another short appearance for Drew but again she’s good. 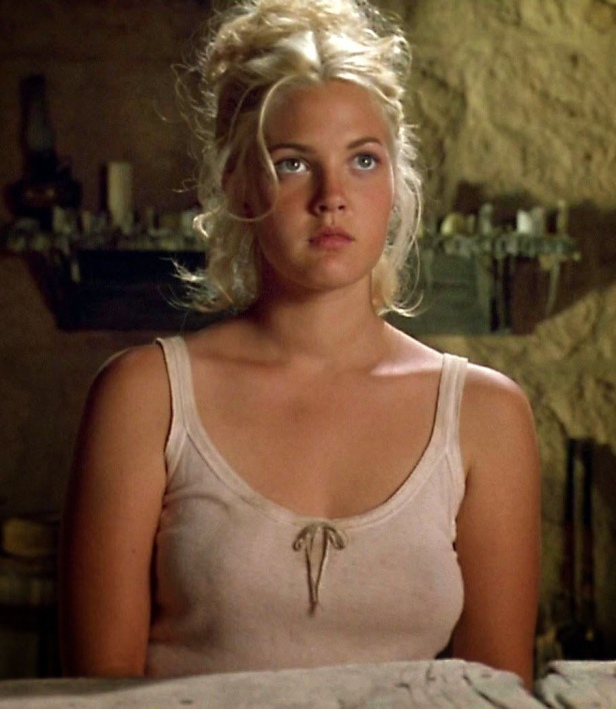 Sweet film and Drew is great.

Directed by George Clooney, if you haven’t seen this film, put it on your ‘to watch list.’ Drew Barrymore, Sam Rockwell, Julia Roberts and George Clooney are all amazing.

Staring and produced by Drew Barrymore, she was instrumental in getting this film off the ground. It’s a really fun film, it’s just a shame that Lucy Liu and Bill Murray didn’t get along, meaning Bill gets replaced in the sequel.

Drew definitely is the best character in the film and has a juicier plot.

Now don’t start shouting. No this is not a brilliant film, it’s okay at best, but Drew Barrymore is amazing in it. She is easily the best thing in the film. Her story is so sad, but she is so sweet and lovely, you immediately fall in love with her character. Well I did.

Although Sean Astin as her steroid addicted brother is pretty funny. 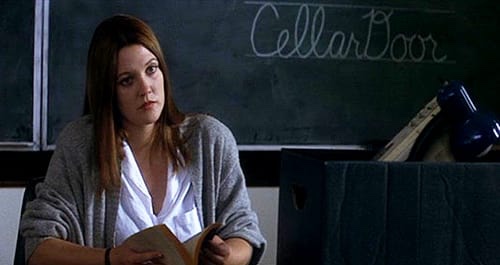 I’ve spoken before about whether Donnie Darko would be as good if I watched it now. I will try watching at some point this year. Drew Barrymore plays the English Teacher Karen Pomeroy, I’m sure I would have listened more in English if Drew was my teacher. A great performance in a great film.

The film is a classic, she is so amazing in it.

Spoilers ahead if you haven’t seen Scream. For me this was always going to be my number one performance for Drew Barrymore. She was put front and centre on the poster, top billing, the film starts and Drew picks up the phone. Ah great, here we go, looking forward to this Drew Barrymore film. Ten minutes later the killer has it’s first victim, Drew Barrymore. As the title of the film then flashes across the screen you are left going ‘what the fuck!’

A great, now classic, horror film. Fantastic casting, putting Drew in there as a draw and then killing her off first. It really showed you no one was safe.