The next time you sit down to watch a film. You want to watch a musical, grandma would rather watch a zombie flick, and your dad is adamant he’ll only watch a Christmas film, well now we have the solution. Anna And The Apocalypse is all three wrapped up in a nice little package.

When the zombie apocalypse hits Little Haven, Anna and her friends must battle, sing, smash & dance their way to safety.

The tunes are catchy, (I’ve been singing Hollywood Ending quite a bit since I watched it) and I was tapping my feet to most of the songs. My personal highlight was the chaos in the background during Turning My Life Around. Brilliantly choreographed and shot. 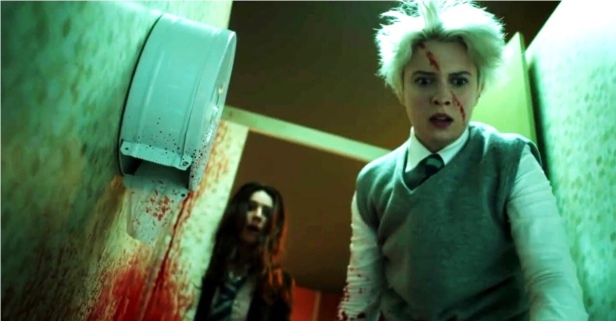 It’s great to see films like this being made, and it may have taken me a while to find it without the help of Film Stories. It will always be their issue 1 front cover.

One thought on “Anna And The Apocalypse”