As a bit of a trial I thought I’d give this a go. Either you or I will pick a year, and then I’ll have a look at five films from that year, and hopefully pick a couple of films that people may not have watched yet. 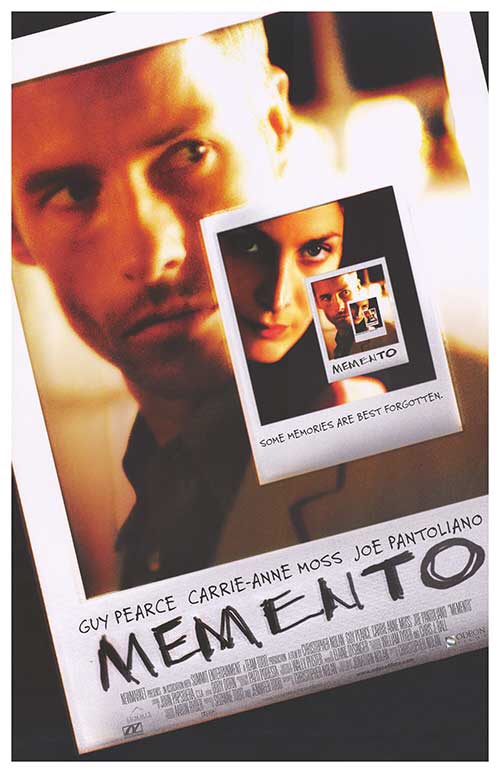 This is a mixed up film, literally. Memento tells the tale of Guy Pearce’s character, Leonard, a man with short term memory loss who is searching for his wife’s murderer.

The film is backwards making you live through Leonard’s memory loss. It’s a great idea for a film and brilliantly executed.

There isn’t a lot to say about this film, it’s more about the experience. Not a film I’ve watched loads, but if you haven’t seen it, worth seeking out. 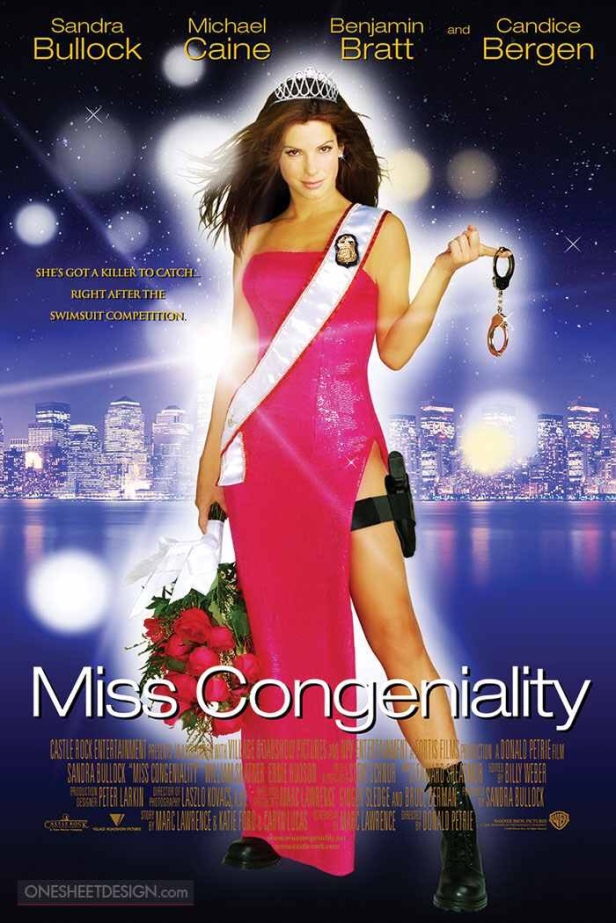 We have an ongoing joke in my group of friends that this is one of my favourite films. I’m not entirely sure where it came from, but I think it was something to do with the episode of Friends where Chandler references it.

Sandra Bullock is an F.B.I. agent who has to pose as a beauty pageant contestant, in order to stop a bomb from going off during the competition. Yes, it’s that stupid. Underneath that though, is a pretty decent comedy. Quite a few laughs, some action, some cringe moments and not a bad film.

It was never going to win any awards, but again, watch it as a switch your brain off film. 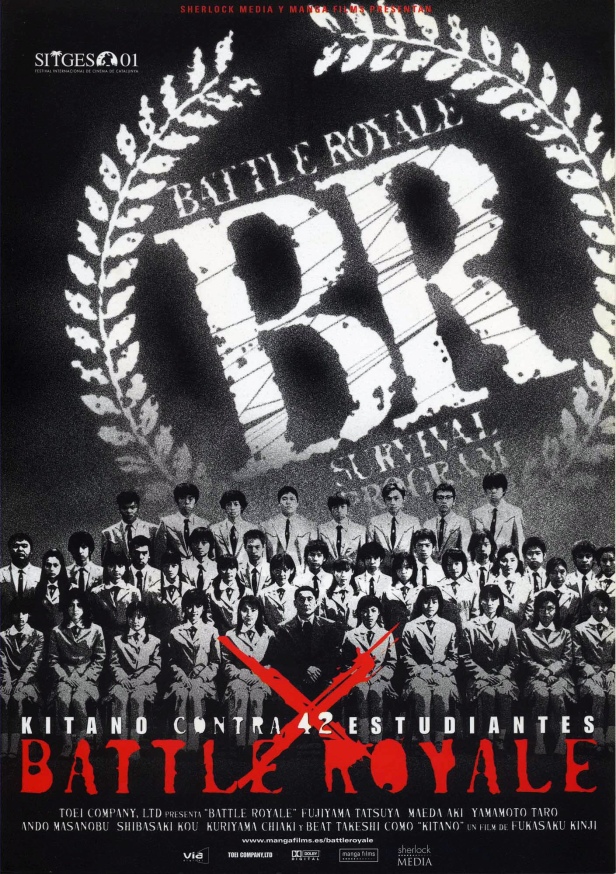 This film is all out crazy. A class of students are chosen at random to be sent to an island and told to kill each other. Yes it is as barbaric as it sounds, and to make things worse, all the students have a clamp around their neck with an explosive charge in it. It isn’t all bad, they are each allowed a weapon of some description. Some get guns, some knives, and the unlucky ones get something like a coat hanger.

The film is completely crazy, the action and violence do not hold back and it is brilliant. Going back to my complaint about the Nic Cage film Mom and Dad, in that they never really made the decision to go all out or be conservative. Here it is all out war and gore.

You do also get some nice plot intertwined within the violence and some great performances by the young cast. The student’s teacher is played by the legendary Takeshi Kitano, who puts in a great performance.

This film is not for everyone. It’s really gory, the subject might be to everyone’s taste and it is a subtitled film. If those things don’t bother you and you haven’t seen this, then stop reading now and get watching.

This film was recommended to me by my brother. He described it as relentless. He was absolutely spot on. I was on the edge of my seat for most of the film. 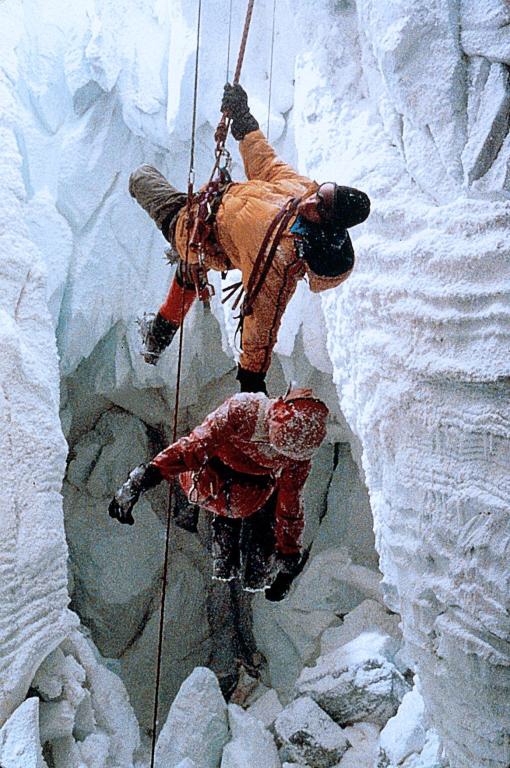 This is the story of a man dragged back into his old job to scale a mountain and save some stranded people. If that sounds familiar, that’s because it is the exact same synopsis as Cliffhanger starring Sylvester Stallone. The synopsis is where the similarities end though. They are both action films but they take very different turns. Starring Chris O’Donnell, Scott Glenn, Robin Tunney and the great Bill Paxton, Vertical Limit has landslides, explosions and lots, and lots of big jumps!

Yes it’s not a five star classic, but it is certainly worth a watch on a cold winter night when all you want to do is sit in front of the TV and switch your brain off. 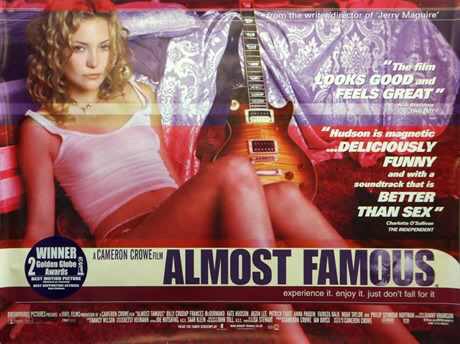 I didn’t watch this film till at least 2005. It was one I got on DVD and then just had it on my shelf gathering dust. Then one stormy Christmas Eve, Santa came to town…… that’s not completely accurate. One night I decided why not, let’s watch Almost Famous.

It would have in today’s eyes, a stellar cast. Kate Hudson, Frances McDormand, Billy Crudup, Jason Lee, Anna Paquin, Zooey Deschanel, Noah Taylor, Rainn Wilson and the great Phillip Seymour Hoffman, plus many more. Many were just starting out in there career and I’m sure that this film would have helped them immensely. Directed by the massively talented Cameron Crowe who had already directed Jerry Maguire and Say Anything… at this point, Almost Famous is a semi-autobiographical story from Cameron’s own past.

It makes for interesting viewing and then reading up what was real and with who it happened. It’s a great great film, one that has become one of my all time favourites.

I hope you enjoyed this. If you have a year you’d like me to pick five films from, please let me know.