Quick Verdict: A wolf, a gorilla and a crocodile go to Chicago 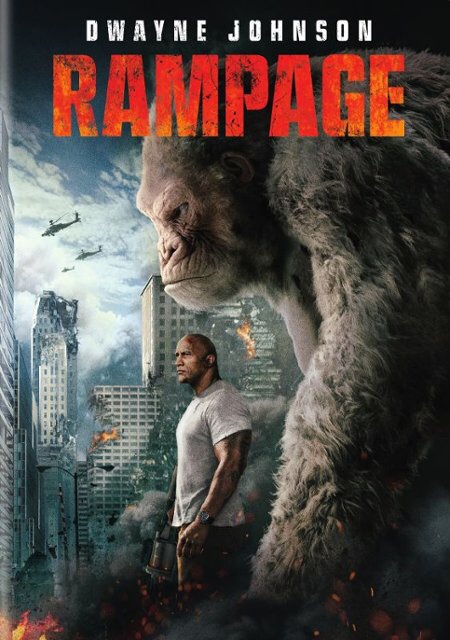 I’m sure anyone who has watched this will agree. This film does not take itself too seriously. Based on an 80s game of the same name, Rampage sees a gorilla, a wolf and a crocodile hit with some genetically altering mumble jumble which makes them larger, stronger and the plot for some crazy ass film.

What they didn’t count on, was that George, the gorilla, had been raised by Dwayne ‘The Rock’ Johnson. Meaning he can wrestle, sign and be a wise cracker.

It is as simple as it sounds. We have the army being gun happy, an evil organisation in a large tower, two villains who have clearly read ‘evil villain weekly’, and a secret organisation who try to take George away for testing.

The Rock is awesome as usual, Naomie Harris is good, Malin Akerman does what she can with a bad character and Jeffrey Dean Morgan cools his way through the film. Now this won’t spoil the film, but government guy Jeffrey has by far the best line in any film of 2018. ‘When science shits the bed, I’m the guy they call to change the sheets.’ Genius!